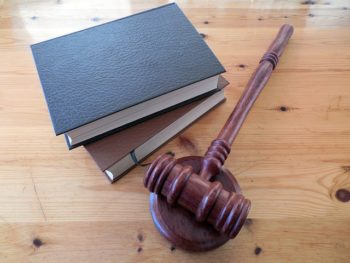 The court have the power under the common law, criminal code, and other statutes to impose conditions upon individuals to maintain a peaceful society and uphold the rule of law. The court commonly makes such orders when releasing an accused on bail, placing an accused on probation as part of their sentence, or when making a protection order. The court has the power to place individuals on the following kind of orders:

A breach is when you fail to comply with the conditions of an order. Judges don’t take lightly offenders who do not respect the orders of the court.

The court has a wide variety of condition available when crafting an order. A judge will determine the appropriate conditions based upon on the type of order and the court’s objective. Conditions may include:

When charged with a criminal offence, an accused will either be released by the police or remanded into custody. When released by the police, the accused will be given a Promise to Appear requiring him or her to attend court in order to deal with their matter. If released on bail by consent or by a judge, your lawyer will set the next court appearance at that time. Depending on your situation, you will either be required to personally attend all court appearance, or just until a lawyer has gone the record for you. If you fail to attend court at any time you are required, the court will issues a warrant for your arrest. Sometimes this kinds of warrant can be held and cancelled should you appear.

You can also be criminally charged for failing to attend the police station to provided your fingerprints and photograph. Failing to attend for this purpose will result in a warrant being issued for your arrest.

Failing to Comply with an Order of Release

Failing to Comply with a Probation Order

When you are sentenced and receive less than two years of jail, the sentencing judge has the option to put you on probation for a period up to three years. Probation can be unsupervised or supervised. If your probation is supervised, you will be required to report to a probation officer on a regular basis. All probation orders have the following three mandatory conditions:

Additional conditions can include attending programming or counselling, completing a prescribe number of community service work hour, having no contact or communication with specified individuals, and reporting to your probation officer as directed. Breaching the conditions of a probation order will result in your arrest and criminal charges.

The maximum sentence for breaching most court order is 2 years of jail, which can include a period of probation or a fine. Additionally, a breach of a court order will have a significant impact on your ability to obtain bail if you are ever charge with a criminal offence in the future. The judge hearing the bail application will have less faith in your ability to follow the conditions of a release.

In assessing and preparing your defence, I will conduct thorough review of your case. Though not exhaustive, I will consider:

• Whether the court order was in force at the time of the alleged offence.
• Whether your actions actually breached the conditions as specified by the court.
• Whether you have a lawful excuse or legal justification for breaching the order.
• Whether any evidence at trial can raise a reasonable doubt.