Care and Control Charge in Winnipeg

What does it mean to be charged with Care and Control? 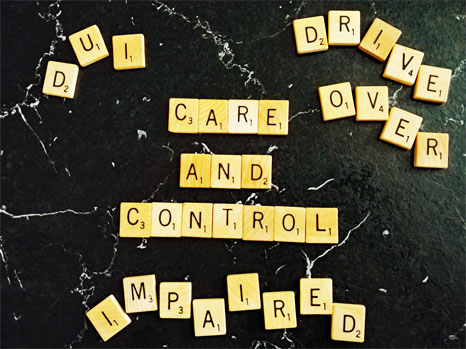 Being charged with impaired driving can be a surprising experience as it doesn’t require that you’re driving the vehicle to be charged. The charge can be laid when the police have reasonable grounds to believe that you are impaired and that your course of conduct associated with the vehicle creates a realistic risk of danger — this is referred to as being in care and control of a motor vehicle.

Imagine for a moment, you find yourself too drunk to drive home after being at the bar. You know you can’t drive home because you are too intoxicated, so you call a taxi and sit in your car to wait for the cab. It’s the middle of winter, so you turn on the engine to stay warm. You fall asleep and awake to the police knocking on your window. You get charged with impaired driving for having care and control of the motor vehicle while impaired.

This was the exact situation Mr. Boudeault found himself. This case took him all the way to the Supreme Court of Canada. The Supreme Court decided that normally being found drunk in a car while the engine is running is enough to be found guilty of impaired driving by being in care and control. However, when looking at the specific facts of Mr. Boudeault case, in that he had no intention of driving and had put a plan in place to get home by a taxi, the Court found him not guilty.

Being in care and control while impaired is the same offence as driving while impaired, or driving over the legal limit. It’s just another means by which the Crown Attorney can prove the offence. You can face up to ten years in jail. The offence also carries minimum sentences:

In some cases, you may be able to avoid the minimum penalties and driving prohibition. With the consent of the Crown Attorney, and with the agreement of the court, after entering a guilty plea your sentencing will be postponed. During this time, you can’t drive and are required to complete a substance abuse treatment program. Upon successful completion of the program, you appear back before the judge for sentencing. The court may then sentence you without being restricted by the minimum penalties or driving prohibition.

In cases where you are found in the diver’s seat, your defence lawyer will have to establish, through evidence at trial, an explanation for why you were in the driver’s seat, that had nothing to do with driving. Overcoming that hurdle, the Crown can still attempt to prove you had care and control in one of three ways:

If the Crown succeeded in establishing any of these three reasons, like with the diver’s seat presumption, your defence lawyer will have to pursued the court otherwise. There can be a lot of different reasons why you were in vehicle while intoxicated. Like Mr. Boudeault, you might have had no intention to drive and only been trying to stay warm while waiting for a cab. Maybe knowing that your in no fit condition to drive, your intention was to sleep until you were sober enough to drive. Whatever your case, it’s important to consult with a lawyer before making a decision whether to plead guilty.