What is obstructing a peace officer? 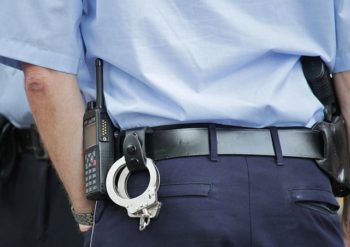 Obstructing or resisting a pace officer cover a wide range of offending behaviour. Generally speaking, the offence is made out when a person impedes a peace officer who is engaged in the lawful execution of their duty. Peace officers include municipal police, the Royal Canadian Mounted Police (RCMP), sheriff officers, correctional officers, custom officers, and wildlife officers.

This charge most commonly arises when a police officer is attempting to place a person under arrest. This could take the form of pulling away or otherwise trying to prevent an officer taking hold of you, resisting the officer’s attempt to place you in handcuffs, or resist being place in a cruiser car. Another common scenario is when the police pull over a vehicle and the driver gives the officer a false name and birthrate. In these instances, the police usually lay accompanying charges such as assault peace officer, personation, or public mischief.

Other situations where a charge of obstruction may be laid is when an accused interferes with the investigation of a criminal offence, or where an accused destroys or hides evidence.

In order to be convicted of obstructing a peace officer, the Crown must prove the following elements of the offence beyond a reasonable doubt:

Sentencing for Obstructing a Peace Officer

Resisting or obstructing a peace officer is a serious criminal offence. The maximum length of jail varies between six months if the Crown prosecutes you summarily and up to two years if the Crown proceeds by indictment. The courts take these offences seriously as it effects the ability of the police to enforce the law and protect the public.

As already discussed, there are a number of elements to the offence that the Crown needs to prove beyond a reasonable doubt in order for the accused to be found guilty of the offence. When I review case, my focus will be upon your interactions with the police. Depending on your specific circumstances, a number of defences will be available.

While not exhaustive, during my review of your case I will explore:

1. whether the officer was acting lawfully in the execution of their duty;
2. if your actions obstructed the officer’s duty;
3. whether you were aware the complainant was a peace officer; and,
4. possible explanations for your behaviour which makes it not criminal.