What is Pubic Mischief? 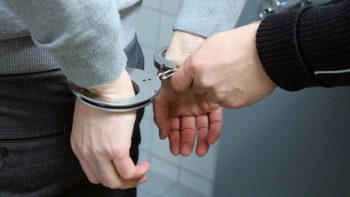 Public mischief is when a person causes a peace officer to begin or continue an investigation by knowingly providing a false statement. It covers incident where an accused stages a crime scene, falsely reports a crime, or fakes a kidnapping or death. Depending on the exact circumstances, public mischief charges are often laid in conjunction with other charges. There are two circumstance under which this offence commonly arise:

In order to be convicted of public mischief, the Crown Attorney must prove the following beyond a reasonable doubt:

This kind of criminal mischief involves falsely reporting a crime to the police resulting in an unnecessary investigation. This leads to wasted police resources that could have been used to investigate legitimate crimes. Other emergency service often respond to these incident to tend to possible victims, further wasting community resources. In some cases these false reports result in criminal charges being laid against innocent individuals. Furthermore, such incidents cost taxpayer thousands to hundreds of thousands of dollars. For these reasons the courts take public mischief charges seriously and often it attracts a jail sentence even for first time offenders.

The seriousness of the offence varies depending on the degree of planning by the accused and the harm caused by the false report. An offence which only involves the response of one officer who quickly discovers the report was false is not nearly as aggravating as an incident involving many officers, other emergency services, a protracted and lengthy investigation, and the arrest of innocent people.

In cases were an innocent person is charged with a criminal offence, the seriousness of the falsely charged offence is important factor in sentencing. It would be more aggravating to have someone false charged with a sexual assault than causing a disturbance. It is additionally aggravating if the accused mislead the police in order to escape their own criminal liability.

In preparing your defence, I will carefully review all the evidence to determine every viable defence. While not exhaustive, during my review I will explore:

Public mischief is a serious offence and a conviction can have long-last repercussions affecting a person’s ability to find employment and travel internationally. In order to allow me to best prepare your defence contact me as soon as possible.