Being held in custody is among the most stressful experiences anyone could experience. The consequences can affect both an individuals family and career. One of a criminal defence attorneys most important tasks is obtaining his client’s release from custody. 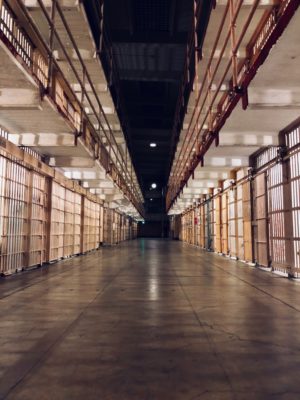 When Someone is First Arrested

When someone is arrested, the police may either release the individual or detain that individual in custody. In deciding whether to release an accused, the police will consider the seriousness of the offence and the length of the accused’s criminal record.

If the police do not release the accused, he or she will be detained in custody.

When the police detain an accused in custody, the accused will likely be transported to the Winnipeg Remand Centre (141 Kennedy Street). If the accused is a youth, he or she will be taken to the Manitoba Youth Centre (170 Doncaster Street).

When the Crown Attorney opposes an accused’s release, a contested bail hearing may be held where a Provincial Court Judge will decided if the accused can be released, and if so, on what conditions.

When a Crown Attorney opposes an accused’s release, the accused’s lawyer may make a bail application in order to secure release. In determining whether or not an accuse should be released, the Judge must consider whether detention is necessary to ensure the accused’s attendance at court, to ensure the protection and safety of the public, and maintain confidence in the administration of justice.

During a bail hearing the defense attorney will present the court with the accused’s plan for bail, which may include supervision, surety, or a cash deposit.

The Role of the Surety

A surety is someone who agrees to take responsibility for an accused while they are on release in the community. The court views the surety as the accused’s jailer out of custody. The surety is responsible for ensuring the accused comes to court when required, as well as ensure the accused follows the other conditions of their release. This may include conditions such as abiding a curfew, abstaining from the consumption of alcohol, and having no contact or communication with the complainant.

Another aspect of being a surety is a pledge to pay the court a specified amount of money, if the accused breaches the conditions of their release order. In the case that the surety becomes aware the accused is not following their conditions, the surety is expected to report the information to the police.

The best surety is someone that will leave the court confident the accused will be closely monitored. Serious cases may require the accused to live with their surety to ensure close supervision is maintained. An employer is another individual the court will view as a strong surety, as an employer’s concern is primarily monastery. In order to qualify as a surety, the court will consider the potential surety’s finances, personal character and background.

If the surety wishes to withdraw as surety, he or she may attend court and apply to be relieved of their duties. Once the surety withdraws, the court will issue a warrant for the arrest of the accused. The Importance of Bail Hearings If an accused is granted release from custody, he or she will be free (subject to the bail conditions) to go about their normal day to day lives until his or her matter is resolved. If an accused is denied bail, he or she will have to remain in custody until her or her maters are resolved.

In Winnipeg, there is a backlog of trial dates. An accused stuck in custody often have to wait 6 months to 1.5 years before their trial date. That’s a long time to be in custody to later be found not guilty at trial.

The key to a successful bail hearing is careful preparation.

If an accused is denied bail, he or she can appeal the decision to the Court of Queen’s Bench. This process is called a “bail review”. A bail review is a timely and costly process due to the need to order transcripts from the initial bail hearing, draft a motion and affidavits, and gather additional information. The accused must then convince the Court of Queen’s Bench Justice that the Provincial Court Judge erred in detaining the accused.

If your family member or friend has been charged with a criminal offence and is being held in custody, do not hesitate to contact Joshua now.