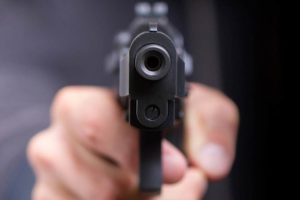 Murder is a type of homicide. A homicide is when someone, directly or indirectly, causes the death of another. First degree murder is “planned and deliberate”, or under other specific circumstances set out under the Criminal Code. These circumstances include the victim being a peace officer, or if the murder occurred in the course of specific offences, such as sexual assault or unlawful confinement. Second degree murder is any intentional murder that is not first degree. In certain cases, murder can be reduced to manslaughter for reasons of provocation or intoxication.

Even if you are just a suspect in a murder, it is vital to speak with a lawyer as soon as possible. Most cases proven to be wrongful convictions in Canada have been for murder. It is important to understand your rights, even if you are only a suspect. Police will go to every effort investigating this serious crime thoroughly. They will employ sophisticated investigatory methods and forensic science, advanced interrogation techniques, and other means to obtain evidence against a suspect. This can take the form of wiretaps, undercover operations, surveillance, search warrants, interrogation, DNA analysis, fingerprinting and other advanced forensic investigative techniques.

It is vital to speak with a lawyer at the earliest stage of an investigation to ensure you don’t act in anyway that may compromise your rights and possible defences. If the police have infringed your Charter rights during their investigation, an application can be made to have the evidence excluded. A successful exclusion of evidence may be the difference between a conviction and an acquittal.

Other times, the best outcome for a murder charge is to have it reduced to manslaughter, which carries a much lower sentence. Achieving such a goal can be difficult and requires a multifaceted approach to evidence, the law and negotiations with the Crown Attorney.