What is being unlawfully at large? 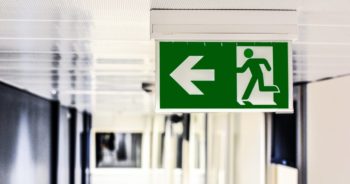 Obtaining Bail when Charged with Being Unlawfully at Large

It can be a difficult challenge to obtain bail when charged with escaping lawful custody. The very charge highlights the fact that you are a flight risk and may not return to court when required to do so. In order to obtain bail, a plan would need to be developed to address the judge’s concerns. This might include GPS monitoring, and/or strict curfew conditions.

Escaping lawful custody is an offence taken seriously by the courts. When an accused or convicted individual escapes from custody, it affects the administration of justice. Typically, the person is viewed as trying to avoid punishment for their crime.

Depending on the specific circumstance of the offence, the sentence can vary widely. The maximum sentence is 2 years jail. If the offence arise when you are on parole, a conditional sentence order, or while serving an intermittent sentence, it’s likely the your release will be revoked and you will return to jail to serve the rest of your sentence. A sentence for escaping prison will always attract a substantial period of imprisonment. Factors the judge will take into consideration when sentencing an offender include:

I will carefully examine and assess all the disclosure to determine weaknesses in the Crown’s case. We will discuss the charges together and available defences. Questions I will consider while reviewing your case include: