What is Break & Enter? 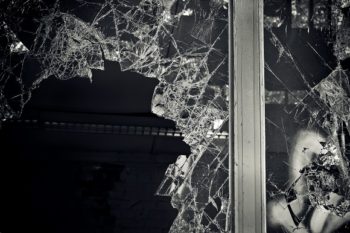 Break and enter is often referred to as the “most serious property offence in the Criminal Code.” Oddly, despite the name the Crown Attorney does not need to prove that you broke in to commit the offence. Simply walking through an unlocked door into a residence, garage, warehouse or business may be enough to constitute an offence. There are three ways that the offence can be committed:

When the police investigate break and entering, they will often rely upon video surveillance, eyewitness accounts, and forensic evidence such as fingerprint and DNA left at the scene and on objects the offender touched.

The offence of Break & Enter also include the lesser included offences of:

A break and enter into a person’s residence is treated more seriously than a non-residential property.

Depending on the circumstances surrounding the breaking and entering, this offence can carry among the highest sentences the court renders. When determine a sentence, the court will consider both the aggravating and mitigating factors. These factors include:

I will assess all of the evidence the police obtained during the course of their investigation to determine if there are any weaknesses in the Crown’s case. The offence of breaking and entering requires more than just the culprit entering into the premises. The culprit must have either intended to commit an indictable offence, or committed an indictable offence while inside. There is a presumption under the criminal code that when a person break and enters into a place, in the absence of evidence to the contrary, is proof that he or she broke and entered into the place to commit an indictable offence. This presumption is rebuttable if the accused can present an explanation that is reasonably true.

Often these cases turn on single pieces of evidence. Sometimes it may be an eye witness account, a video, or DNA report. Each of these different types of evidence require a different strategy to be dealt with at trial, the ultimate objective of which is to undermine it’s credibility and reliability. After having fully reviewed the evidence and spoken to you about the case, I will consider:

• The sufficiency of the evidence in proving the identity of the perpetrator.
• If there are any lawful reasons or excuses for why you may have entered the placed.
• If there was no intention to commit an offence once you entered the place.
• The overall strength and weakness of the Crown’s case.

In some cases in makes the most sense to accept responsibility for the offence. Depending on your background and the circumstances surrounding the incident, you may be able to resolve your charge through the Winnipeg Drug Treatment Court, Winnipeg Mental Health Court, diversion programming, or a plea to a lesser included offence.