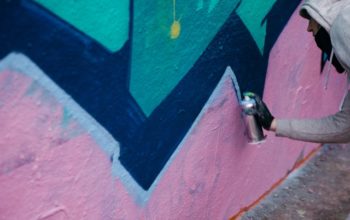 Mischief is the offence of interfering with someone’s lawful enjoyment of their property. This can take many forms, from vandalism to intentionally playing music loudly so neighbours can’t enjoy the normal use of their property.

Mischief can be committed in the following ways:

The offence of mischief does not capture accidentally cause damage to property, or the unintentional interference of another person’s lawful use or enjoyment of their property. The act must be wilful.

Mischief charges commonly arise in the context of domestic relationships. When this is the case, the Crown considers the offence as a form of domestic violence. Where the parties are married or common law, damaging jointly owned property can result in charges.

Aside from the value of the damaged property, the law considers the nature of the property damaged. Mischief related to religious property, such as a church, mosque, synagogue, will be treated seriously by the court. Likewise, if the property is a war memorial or cultural property, the court will consider it an aggravating factor.

The Crown may have issues proving all the elements of the offence. I will thoroughly review all the evidence and consider of what you have told me happened during the incident, with a particular focus on the following issues:

Mischief must be wilfully committed or the result of recklessness. If you did not intend to damage the property and it was an accident, you have a defence to the mischief charges against you.

Another defence available involves having a legal justification, excuse, or colour of right. The colour of right defence arises where you honestly believed you had the sole ownership right to possess the property, despite there being no true basis for the belief in fact or law. A legal justification defence may arise where the property is damaged in the course of defending yourself, your property or another person. In both situations the belief you held must be objectively reasonable.

In some circumstances, the Crown may be willing to withdraw the charges against you if they are willing to pay restitution for the damage caused to the complainant’s property. In other situations, the charges may be withdrawn after completing counselling for the underlying issues that resulted in the offence.

When determine whether to proceed or divert the charges, the Crown will consider both the aggravating and mitigating circumstances of the case. These factors include:

Every case is unique and requires special attention need to be given towards factors which support a favourable resolution. We will work together from the date of your arrest until your matter is resolved to achieve the best possible outcome for your case.