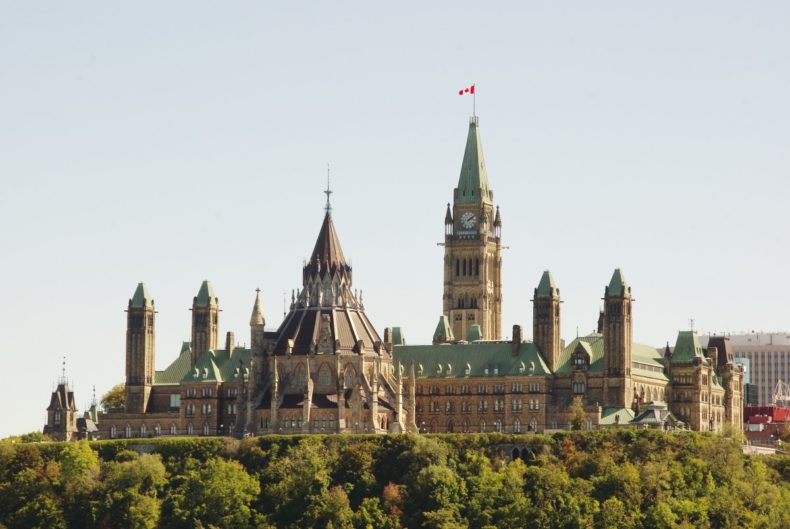 How a Bill Becomes Law in Canada

Most every aspect of our lives has been touched on and considered in some way by our lawmakers. In Canada, our elected Members of Parliament are responsible for the creation, abolishment and reversion of existing laws. All our laws begin as a bill.

Stages in How a Bill Becomes Law 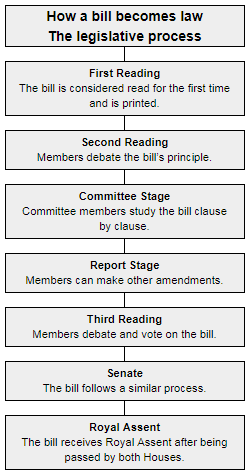 At this stage the bill is distributed to the Members of Parliament. There is an announcement the bill is receiving it’s first reading and it is read. This is normally accompanied by a brief summary from the Member of Parliament introducing the bill.

The committee reviewing the bill will discuss the merits of the bill, and the wording of the provisions. At this stage the committee may call witnesses and experts to present their views and answer questions asked by members. Once the entire bill has been considered and adopted with or without amendment, the committee votes on the bill as a whole. Once passed, the committee will report to Parliament with recommendations to make to the bill.

During this stage, Members of Parliament will further study the bill. After reviewing the bill, members may propose motions to amend certain provisions. To prevent the repetition of discussions that may have already occurred in the committee stage, the Speaker of the House selects and groups amendments for debate. At the conclusion of the deliberations at the report stage, a motion is held to approve the bill (with any amendments).

If the bill is passed by the Senate without any changes, it will be given royal assent. If the Senate makes changes to the bill, it must be sent back to the House of Commons for approval. Once given royal assent, the bill number changes to a chapter number and will be printed in the Annual Statues of Canada. The bill usual comes into force the day it receives royal assent unless otherwise indicated. Different sections of the bill may come into force at different times.

Our Parliament plays an important role in the criminal justice system. They decide what is illegal, the available sentences for any given offence, and criminal procedure. It’s important to have a lawyer who is not only up-to-date on the law, but who knows how the law is changing.  If you, a friend or family member has been charged with a criminal offence, please feel free to contact me for a free initial consultation. I will be be glad to assist you.