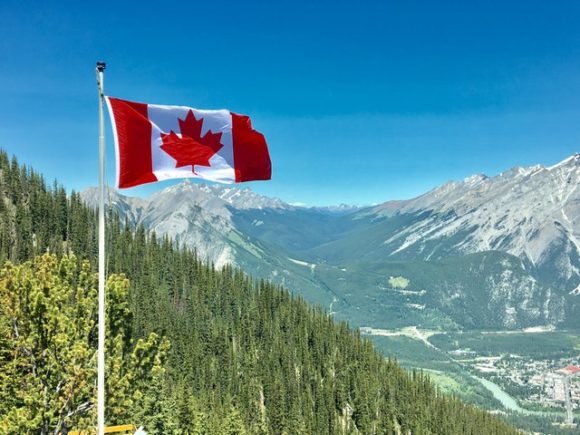 For a change of pace from my usual articles on serious legal topics, this article is all about the craziest, weirdest and most unusual laws in Canada. All the crazy Canadian laws found on this list were at one point in time in force and effect across all of Canada.

(1) It is illegal to pretend to practice witchcraft in Canada.

Section 365 of the Criminal Code provided that “[e]very one who fraudulently pretends to exercise or to use any kind of witchcraft, sorcery, enchantment or conjuration is guilty of an offense punishable on summary conviction.” Oddly, the law is very specific in that it only applied to those who pretended to use any kind of witchcraft or sorcery. The actual use of magic remained legal in Canada. Parliament removed this offence from the Criminal Code in 2018.

(2) It is illegal to challenge or accept a challenge to a duel in Canada.

Section 71 of the Criminal Code read, “[e]very one who challenges or attempts by any means to provoke another person to fight a duel, attempts to provoke a person to challenge another person to fight a duel, or accepts a challenge to fight a duel, is guilty of an indictable offense and liable to imprisonment for a term not exceeding two years.” Since dueling had for a long long time lost its popularity as a way to settle disputes, like pretending to practice witchcraft, Parliament scrapped this offence in 2018. It is now once more legal to have pretend wizard duels in Canada.

(3) It is illegal to advertise an award for stolen and lost property which indicates no questions will be asked.

Section 143 of the Criminal Code provided, “[e]very one who publicly advertises a reward for the return of anything that has been stolen or lost, and in the advertisement uses words to indicate that no questions will be asked if it is returned…is guilty of an offence punishable on summary conviction.” It was a very odd law for which the only purpose could be to dissuade criminals from returning stolen property without having to be worried about criminal consequences. This law was repealed in 2018.

(4) It is illegal to falsely claim a royal warrant.

Section 413 of the Criminal Code provided, “[e]very one who falsely represents that goods are made by a person holding a royal warrant, or for the service of Her Majesty, a member of the Royal Family or a public department is guilty of an offence punishable on summary conviction.” A ‘royal warrant’ was permission granted to specific trades person to advertise that a product they produced was used by a member of the royal family. The idea was that such advertisement denoted the quality and prestige of the good. There had never been a single instance of anyone being charged with this offence, yet alone convicted. Now that Parliament has repealed this in 2018, no one ever will be charged with this offence.

(5) It is illegal to publish or sell comic books in Canada.

Under section 163 (b) of the Criminal Code, everyone committed an offence who “makes, prints, publishes, distributes, sells or has in his possession for the purpose of publication, distribution or circulation a crime comic.” This law was extremely board and covered virtually every single comic book published and sold in Canada. It also became a law that was not enforced in anyway. As you may have guessed, Parliament axed this law in 2018.

(6) It is illegal to scare the Queen in Canada.

Section 49 of the Criminal Code stated, “[e]very one who wilfully, in the presence of Her Majesty, does an act with intent to alarm Her Majesty… is guilty of an indictable offence and liable to imprisonment for a term not exceeding fourteen years.” This law dated all the way back to Canada’s Confederation, and can be traced to Britain’s Treason Act of 1842. No one was ever charged with this offence. It was repealed in 2018.

(7) It is illegal to make purchases using too many coins.

The Canada’s Currency Act sets a limit on the number of coins on any type you can use in any single transaction. You can use no more than 25 pennies, 100 nickels, 100 dimes, 40 quarters, 25 loonies and 20 toonies. If you try to use more coins than the limits above, the vendor can refuse to accept them.

(8) It is illegal to scare a child or sick person to death in Canada.

Under section 222(5)(d) of the Criminal Code, “[a] person commits culpable homicide when he causes the death of a human being by wilfully frightening that human being, in the case of a child or sick person.” So the next time you think it might be a funny idea to jump around the corner and scared your sick grandmother, think again. If it causes her death, aside from merely feeling awful, you’ll have committed a manslaughter.

(9) It is illegal to ridicule the Christian religion.

Section 296 of the Criminal Code provided, “[e]very one who publishes a blasphemous libel is guilty of an indictable offence and liable to imprisonment for a term not exceeding two years.” Somehow this law had managed to survive up until 2018 when it was finally repealed. Blasphemy laws were, by their very design, contrary to the idea of secularism – the separation of church and religion from the state and laws which govern people. The law was also incompatible with the United Nations’ International Covenant on Civil and Political Rights. The last person prosecuted for this charge was a Victor of the Anglican Church of Canada who was making fun of the Roman Catholic Church. And that was in 1935.

(10) It is illegal to water ski at night in Canada.

Under section 250 of the Criminal Code, “[e]very one who operates a vessel while towing a person on any water skis, surf-board, water sled or other object during the period from one hour after sunset to sunrise is guilty of an offense punishable on summary conviction.” So for all those who feel the need to water ski at night, be aware you could face up to six months of jail and a $5,000 fine.