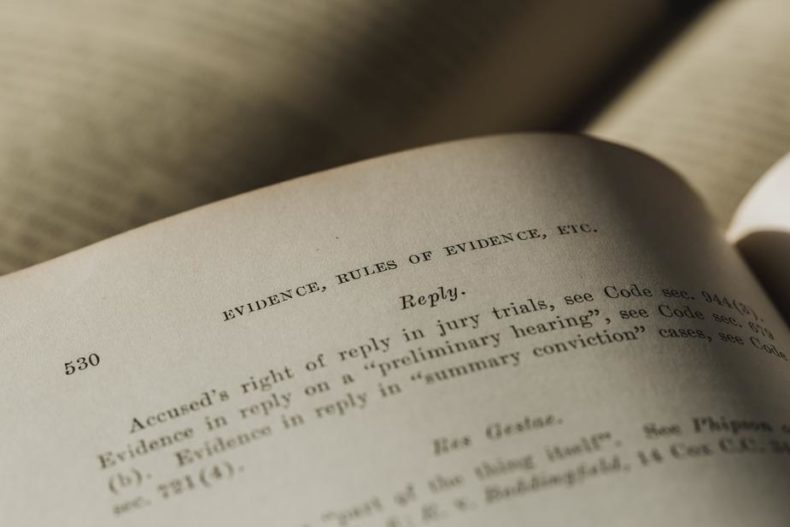 In court during a trial or preliminary inquiry, a lawyer may object to a line of questioning by asserting the answer is hearsay. Hearsay is a term used when describing the nature of the testimony. It is any out-of-court, second hand statement being tendered for the truth of its content.

Another way hearsay can be described is:

So why do the courts not allow hearsay?

The concern is over the credibility and reliability of the out of court statement. As the declarant is not present in court, he or she cannot be questioned. Thus, the process of assessing the quality of the evidence through cross-examination is not possible. By disallowing hearsay, the court guards against an accused being convicted on the basis of gossip.

Exceptions to the Rule Against Hearsay Evidence

Hearsay evidence is not admissible in court unless a statue or the common law provides otherwise. Therefore, a hearsay statement may be deemed admissible if an exception applies. Exceptions to hearsay include:

These exceptions may still be challenged under the principles of necessity and reliability. Necessity is in relation to a particular goal. The court must consider whether that goal can be achieved by other admissible evidence. Reliability requires that the evidence be sufficiently reliable to overcome the dangers arising from the difficulty of testing it. All categories of exceptions must be interpreted in a manner consistent with this principled approach. Where the two approaches conflict, the principled approach must prevail.

How can you deal with hearsay in court?

If the court admits hearsay evidence under one of the exceptions, the defence must undermine the credibility of the declarant. This approach works best when supported by admissible evidence. Their credibility can also be undermined by impeachment, demonstrating bias, or by some other evidence that would show that the declarant has a reason to lie.

Is the case against me just a bunch of hearsay?

If you or a loved one have been charged with a crime, it is important to have a lawyer who understands the law of evidence. A skilled criminal defense lawyer can challenge questionable evidence, such as hearsay statements, and help you prepare a strong defense. Please do not hesitate to contact me for a free initial consultation. I will be be glad to assist you.