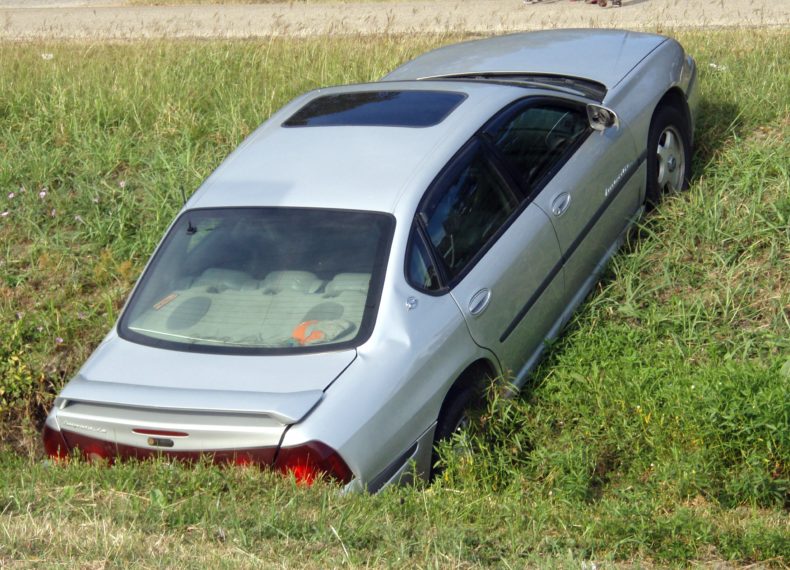 In this DUI case, the accused was found in a vehicle stuck in the ditch off the highway just outside the city of Winnipeg by the RCMP. It had been raining all day. The accused was seated in the driver’s seat of the motor vehicle when the RCMP arrived. She exited the vehicle and approached the officer. The officer noted the smell of liquor on her breath. She was placed under arrest for DUI –  impaired driving by being in care and control of a motor vehicle. If found guilty of impaired driving at trial the she faced a minimum fine of $1000, a driving prohibition for 12 months, and a criminal record.

At trial the Crown relied upon the statutory presumption that anyone seated in the driver seat while intoxicated are deemed to have care and control. The Crown also attempted to produced evidence that the accused was creating a risk of danger to the public.

During the cross-examination of the police officers admitted to not knowing if the accused had driven the vehicle. They also agreed the vehicle was stuck in the ditch and required a tow truck in order to be removed. The defence produced evidence to show the accused was occupying the driver’s seat of the car for the purpose of waiting for her friends to return with help to remove the car from the ditch, listen to music and stay warm.

Just because the police charged you with a DUI, doesn’t mean you will be found guilty.

In closing arguments, Joshua Rogala argued there was no compelling evidence of any unintentional behavior that could lead to the conclusion the accused was confused in anyway that could support a finding that she had care or control merely due to her presence in the driver seat. He further argued there was no risk of danger as the vehicle could no be put into motion. The court agreed and found the accused not guilty.